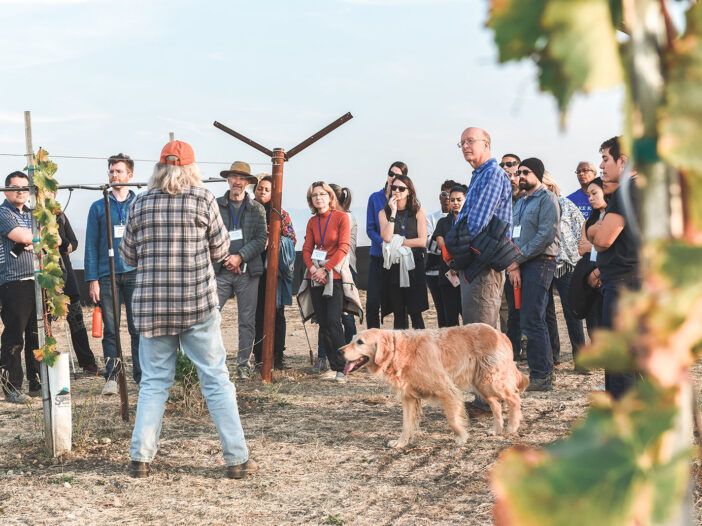 That is the question — or challenge, really — posed to Integrated Capital Institute fellows embarking on their Creative Capital Project.

A few of them are already directing the impact of $100 million, and some of them will leverage more than $100 million one day. They all know there is no lack of solutions to the systemic problems confronting us — but there is a lack of financial and social capital flowing to the best ideas and the greatest needs.

Seeking to turn that deficit into abundance, RSF Social Finance launched the Integrated Capital Institute in 2017. We put out a call for advisors, investors, and community leaders who wanted to be at the forefront of fundamentally rethinking the purpose of wealth. We created a program that teaches fellows how to apply an integrated capital approach (the coordinated use of diverse financial and social capital) to solve complex problems, confront myths about money, and collaborate across a diverse network of leaders. And we invited them to join us in pursuing a simple yet radical goal: creating an economy that works for all people and the planet.

Two years later, it’s clear that the fellows — 46 so far, and another 28 starting the program this fall — are active participants in moving capital to solve systemic problems. Their answers to the $100 million question are varied but universally ambitious and creative, with a strong focus on environmental justice and climate solutions, bringing resources to underserved communities, and addressing the racial wealth divide.

The fellows, two-thirds of them women and diverse in age, ethnicity, geography, and economic background, are learning from each other across divides and collaborating in ways they haven’t before. They’re quickly putting ideas into action. And we’re already seeing the ripple effects.

The network powers the movement

“The ICI fellowship is catalyzing system change,” says Kathryn Gilje, executive director of Ceres Trust and a 2018–19 fellow. “The power of the effort is in the collective. Finance and philanthropy are very individualistic, and the ICI reinforces interdependence.”

Fellows have found a range of collaborators in the ICI network, from sounding boards and advisors to business partners. Gilje helps Ceres Trust support organizations in Hawai’i, California, and the upper Midwest that seek to steward and restore relationships with the land — and end its use by corporations to test hazardous pesticides and GMOs. She tapped ICI advisor Anthony Chang, the executive director of Kitchen Table Advisors, for help in thinking about access to land and “getting capital to groups that have been harmed by the current financial system.”

Nwamaka Agbo, a fellow in the 2017–18 cohort, was looking to support community-driven economic development projects. She first worked on Restore Oakland, which inspired her to create the Restorative Economics framework. As a consultant, she uses the framework to guide community-owned and community-governed projects that build political power for marginalized communities. She has found clients, advisors, and thought partners through the ICI. “This is a brain trust to think through the work,” she says.

Investment advisors Tiffany Brown and Kate Poole met in the first cohort and went into business together. They launched Chordata Capital, which helps inheritors design and implement portfolios with an explicit commitment to racial and economic justice, in September 2018. Approaching a year in business, they’ve started their second program with 10 inheritors looking to bring a reparations lens to their portfolios, and they support eight clients who are investing over $12 million in racial and economic justice.

Encouraging fellows to question their beliefs about money and reexamine how wealth works is a core part of the ICI curriculum. This is essential because money myths perpetuate an extractive economy and prevent people from using capital to drive positive change.

One example is the myth of expertise: women and people of color in particular are underestimated, and often hear (implicitly or explicitly) “you don’t understand how money works; leave it to the experts.” Another is the myth of wealth accumulation — that people who are already wealthy should simply multiply their wealth. And then there are the myths about capitalism — that everyone has equal access to the American dream and our economy is a meritocracy. We need to start telling the truth about how and why wealth has accumulated, and who has benefited or suffered as a result.

ICI fellows dig into these issues at the start of their nine-month program. As 2018–19 fellow Stefanie Thomas, an early-stage venture investor for Impact America, recalls, “The first thing we grappled with was, ‘What’s your money story?’ It took us to our earliest experiences or exposure to money and its power. These stories revealed how we view ourselves and each other, and how that dictates the ways we relate to one another.”

That insight and others concerning who and what gets funded, why and how that happens, and the resulting systemic effects inspired some fellows to significantly shift their career path or approach. Thomas started thinking about her role in flowing startup capital to black women entrepreneurs, who, on average, receive $43,000 in venture capital, compared with the startup founder average of $1.5 million. “Black women are no less deserving of ‘I believe in you’ money, and it is time we prove it.”

Wendy Cooper, a 2018–19 fellow with a background in philanthropy, discovered a new role for herself: director of integrated capital for a wealth holder who wants to activate $25 million to help create a toxin-free world. She says she wouldn’t have considered a role like this before her ICI experience, which not only gave her a supportive network but also helped her see the potential of her own capacity.

Lynne Hoey entered her 2017–18 fellowship thinking it was a professional opportunity that would broaden her network; the actual experience “woke me up to my passion,” she says. “It opened my eyes to the highest and best use of my skills for the change I want to see in the world — and for my friends who don’t look like me to have the same opportunities I’ve had.”

Motivating action is the goal

The ICI is not a think tank. As the stories above illustrate, it’s not just about talking or writing papers. It’s about doing: moving financial and social capital to address issues driving climate change and social and economic injustice, which, as ICI fellows recognize, are deeply interrelated problems. The fellows are not in this to do their jobs a little bit better; they’re seeding a movement of financial activists.

When we surveyed the first two cohorts, 40 percent were able to estimate how much capital they would deploy in the next several years using approaches and strategies inspired by their participation in the ICI. The majority of responses were equally divided between $1 to $5 million, $5 to $10 million, and $10 to $50 million. Two said $100 million or more. Adding up just the amounts anticipated by this minority of fellows brings us to investments of up to $516 million.

Hoey, now head of lending at the Candide Group, is launching a $40 million fund focused on lending money to communities that have faced systemic racism and abusive lending practices. Aisha Nyandoro, CEO of Springboard To Opportunities (a fellow in the 2018–19 cohort and a facilitator for the upcoming one), is raising $2 million to move the Magnolia Mother’s Trust from its current pilot phase to a three-year study. Currently, the Trust is giving $1,000 a month to 20 black mothers living in extreme poverty in Jackson, Mississippi, to use however they see fit. Over three years, the study will encompass 300 women, observing whether financial breathing room can help lift families out of the poverty cycle. The study engages the women as co-designers and aims to tackle poverty at a national level by informing public policy recommendations on basic income.

Roger Milliken, another 2018–19 fellow, is exploring the creation of a $100 million fund focused on land reparations to indigenous people coupled with community-driven, culturally relevant economic development. At 66, he says, “the opportunity presented by the fellowship allowed me to consider what could be a capstone project of the life I’ve lived.”

These fellows and the incoming cohort realize that people and the planet can’t wait for us to radically rethink how we use money. This is our moment to act: a massive wealth transfer over the next 25 years will shift tens of trillions of dollars into the hands of a generation eager to address existential challenges. With that transfer in full force, financial activists can flow enormous amounts of capital to create an economy that is rooted in generosity and inclusive by design.