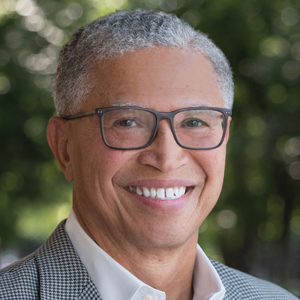 As a founding partner and President of Reinventure Capital, an early growth impact venture capital fund, Ed Dugger’s professional career has come full circle. An early pioneer in impact investing, Ed has now re-entered the profession with over 25 years of experience and a track record of notable achievements.

Ed’s VC career began shortly after he graduated from Harvard and Princeton at age 25. It accelerated at age 27 when he became CEO of one of the larger venture capital firms in the nation, backed and mentored by such board directors as the CEO of Morgan Stanley and the Chairman of the Executive Committee of JP Morgan. As the leader of one of the earliest impact VC funds, Ed and his gender and ethnically balanced team invested in growth industries to consciously expand business opportunities for entrepreneurs of color. In the process, they created some of the largest and most successful businesses founded by African Americans, provided the equity footings for over $2 billion of senior financing to this underserved market, generated more in accumulated wealth and forged a roadmap for future impact investors. Furthermore, over the last decade prior to its harvesting, his fund generated an IRR of 32%.

Although Ed’s investment practice was national, he leveraged his successes as a VC to build bridges among disparate local business communities. As a director of the Federal Reserve Bank of Boston, Ed co-convened with the Bank several business leadership forums advocating more inclusive business practices. Expanding the effort after harvesting the venture funds, he partnered with the CEO of State Street Corporation to form The Business Collaborative (TBC), a unique business community initiative that created a more robust B2B market among major corporations and businesses of color in Massachusetts.

Now Ed has returned to venture capital in response to our nation’s persistent social and economic inequities with the launch of Reinventure Capital in 2020. Once again, he is targeting the vast, untapped reservoir of innovative, entrepreneurial talent, comprised of BIPOC and women founders consistently overlooked by the mainstream investment community. In so doing, Ed is pursuing a contrarian investment strategy that will provide an impact rich return on capital by making a return on inclusion.