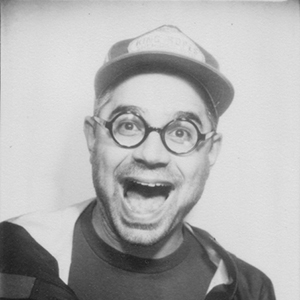 Farhad Ebrahimi (he/him) is an organizer, trainer, and story-based strategist active primarily in the philanthropic sector. For the past 16 years, his principal role has been as the Founder and President of the Chorus Foundation, which works for a just transition to a regenerative economy in the United States. In addition to his work at Chorus, Farhad is a Co-founder and returning board member of Solidaire, a member of the Center for Story-based Strategy’s trainer network, and a board member of the National Committee For Responsive Philanthropy.

Farhad identifies first and foremost as an abolitionist with respect to the concept of private philanthropy. As such, he’s most interested in the question of how extracted and consolidated wealth can be redistributed in ways that directly support a Just Transition to a world in which such wealth is no longer extracted and consolidated in the first place. It’s in this context that the Chorus Foundation itself has been structured as a transitional form, and will have spent down its entire endowment by the end of 2023.

Farhad’s family history has been defined by multiple cultures, nationalities, political revolutions, and refugee origin stories. To say that his parents talked politics when he was growing up would be an understatement, and his experience as a first-generation Iranian American has had a profound impact on him in ways that he’s still unpacking. This history – combined with a lifelong love of punk and subversive art in general – has seeded a political trajectory that’s informed both his personal and professional outlook ever since.

Farhad is also a musician, a lover of film and literature, and an occasional bicycle snob. He graduated from the Massachusetts Institute of Technology in 2002 with a bachelor’s degree in Mathematics with Computer Science, and he lives in an intentional community with thirteen adults and five children on Tongva land in Los Angeles.