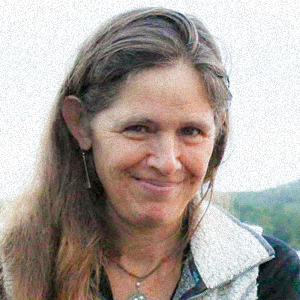 Marian Moore, a co-founder and former faculty of RSF’s Integrated Capital Institute (now, the Just Economy Institute), collaboratively convenes (Jubilee Gift, Jubilee Justice, Play BIG, Lead with Land, The Trust Web), supports, and coaches people to host a new future for and with money. For a couple of decades and counting, Marian has acted as a kind of midwife in both practical and spiritual dimensions for people stewarding significant financial wealth to reimagine money while integrating investment, philanthropy, land and leadership, to help liberate hundreds of millions of dollars to new possibilities. She has been actively engaged in the resistance against Line 3 where she lives in Minnesota, the homelands of Dakota and Anishinaabe people.

The first half of Marian’s career was devoted to television and music production; and in the nineties, she was co-founder of the national non-profit, Concerts for the Environment that produced multi-act stadium and arena concert events that bring public attention to environmental and indigenous issues. Marian sings, writes songs, is a Soul Collage facilitator and has three adult children.

A dedicated field builder in the realm of financial activism, Marian is delighted to share her experience with and perspectives on the following…