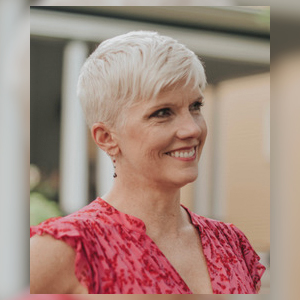 Katherine Hayes is an owner/director of HRK Group, Inc., a comprehensive wealth management business comprised of an investment partnership, a private trust company, and a private foundation in St. Paul, MN. Katherine served as the HRK Investments, LLC Portfolio Manager from 1998 until 2011 and HRK Trust Company Board chair from 2015 until January 2022.

Katherine graduated from Carleton College in 1992 with a B.A. in Studio Art and received her MBA from the University of St. Thomas in 2010. She received mediator training in 2010 and volunteered for the Conflict Resolution Center in Minneapolis from 2010-2014. Katherine started a repair business called Fixity in 2011 and has worked as a metalsmith and jewelry designer. Katherine has served as a Board member on the HRK Foundation Board since 1996, Artspace Projects Board from 2002-2007 and 2011-2016, The Cowles Center for Dance and Performing Arts from 2011-2016, and the Merce Cunningham Dance Foundation Board from 2008-2012. She currently serves as treasurer for the Apostle Islands Historic Preservation Conservation Board. She lives in St. Paul with her two children, Sevona, 18, and Tysen, 16, and two dogs, Olaf and Moe.