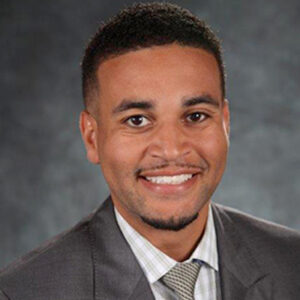 Marcus Owens is a social entrepreneur, systems shifter and community developer. Owens believes that expanding economic and educational opportunities and improving health and well-being for all is key to building a healthier and just community. Owens currently serves as the Executive Director of the African American Leadership Forum (AALF) – Twin Cities. AALF’s focus is to improve the economic health of underserved communities in the Twin Cities by creating opportunities through public and private partnerships. Before joining AALF, Owens was the President and CEO of Northside Economic Opportunity Network (NEON), Under his direction, NEON more than quadrupled its operating budget and staff size, launched a social enterprise business and created a co-working space for entrepreneurs. Owens also spent nearly a decade driving change and championing new initiatives in finance, diversity and inclusion and human resources for Target Corporation. Before his time at Target, he worked for TCF National Bank as well as owned and operated a mortgage company. A native of north Minneapolis, Owens received a Bachelor of Science degree from Metropolitan State University and a Master of Business Administration degree from the University of St. Thomas.