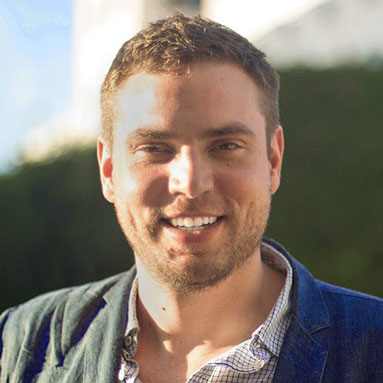 Pete Borum is the Founder and Managing Partner of Squint Labs LLC, a venture fund and start-up accelerator investing in companies, teams and products that help combat “fake news” and media manipulation. Prior to starting Squint Labs, Pete was the Co-Founder and CEO of Reelio, a data-driven influencer marketing platform connecting advertisers to social media influencers. After selling Reelio to a subsidiary of AT&T Warner Media in 2018, Pete served as VP of Corporate Development for the firm, collaborating on strategic investments, M&A activity, and post-merger integrations across one of the world’s most valuable media portfolios. Pete’s early career spans the public and private sector, with roles in private equity, government, political campaigns, startups, nonprofits, and a public sector labor union. Originally from a small farm town in Kentucky, Pete received his Bachelor of Arts in Music and Computer Science at Stanford University and got his MBA in Finance from the Wharton School. He was selected by his Stanford peers as Class Co-President and by the administration at Wharton as a member of their “40 Under 40” list in 2018. Pete currently lives in San Diego, CA with his wife Stacy. They are expecting their first child in October.