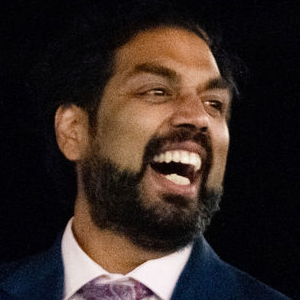 Samir L. Doshi, Ph.D. (he/him) is a Director at the CS Fund working on a Just Transition for communities through an intersectional approach to justice, joy, belonging, and liberation. He is also a Race and Technology Fellow at Stanford University’s Digital Civil Society Lab. Previously, Samir has worked as an organizer and facilitator for movement organizations and communities in food and land sovereignty, farmworker justice, and climate justice in pushing for systems transformations through a foundation of racial, gender, and intersectional justice. He worked for the Obama Administration as a Senior Advisor in the White House Office of Science and Technology Policy and on the White House Task Force for the Ebola Response in West Africa, as well as a Senior Scientist and Deputy Division Chief for the US Agency for International Development. At USAID, Samir led the Agency’s programming on agile development, responsible data, and disaster/emergency feedback systems so programming could be more responsive and adaptive to emerging community needs on the ground.

Samir has held teaching and research appointments at the University of Cambridge, the Stockholm Resilience Centre, the Santa Fe Institute, and as a Senior Fulbright Scholar at Jawaharlal Nehru University. Before his academic career, Samir worked for years as an environmental engineer and emergency humanitarian responder for local organizations and indigenous communities in dozens of countries on six continents. Samir’s Ph.D. specialization was in Systems Ecology, focusing on how communities can develop a regenerative economy by regenerating degraded soil ecosystems. His doctoral work on regenerating coalfield communities in Appalachia helped win the first Buckminster Fuller Design Challenge and the Smithsonian Cooper Hewitt Award. He has a M.Sc. in Community Development Economics and a B.Sc. in Computer Systems Engineering. Samir has also worked in kitchens and farms for many years, loves to cook, cultivate plants, play in the wilds, and along with his wife Marit, is enraptured by their baby, Edhas Drømmer.