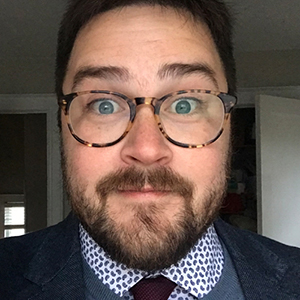 Kit Fordham serves as the Executive Director of Mni Sota Fund, an urban Native CDFI in Minneapolis, MN. Kit led the organization through the U.S. Treasury Department’s CDFI Certification process in 2019. He is now charged with rapidly and sustainably scaling the organization to better serve the Urban Indian community throughout the Twin Cities Metro Area. Kit also serves as the Treasurer on the Board of Directors of the Minneapolis American Indian Center. He is also the Treasurer for Metro Urban Indian Directors, a consortium of native-led non-profits in the Twin Cities. Kit holds his MBA from Bainbridge Graduate Institute, which has since merged with Presidio Graduate School. Kit also holds his BA in Global Studies from Warren Wilson College where his micro-finance research brought him to Amman, Jordan and Lilongwe, Malawi. If Kit’s not busy working, he’s out paddling on the nearest lake or river with his wife and pup.