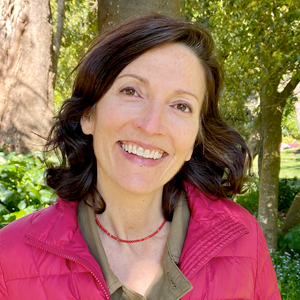 Building on decades of experience working with social entrepreneurs and financial activists, Deb has spent the past five years incubating, launching, and leading the Just Economy Institute (formerly the Integrated Capital Institute). Her work calls on her strengths as a connector and coach, providing vital support for leading financial activists across North America. In past roles, Deb partnered with mission-driven entrepreneurs and investors as vice president of client and community engagement at RSF Social Finance and as executive director of Social Venture Network (now Social Venture Circle).

Deb was named a 2019 “World Changing Woman” by Conscious Company magazine for her work advancing economic justice and women’s rights, and Real Leaders magazine named her one of 100 Visionary Leaders. Deb has written for publications including Conscious Company, See Change, and Triple Pundit, and been quoted in Newsweek, Forbes, and The New York Times.

Deb was a Peace Corps volunteer in Cameroon and has an MBA from Kellogg Graduate School of Management. She has lived in San Francisco for nearly 25 years. When she’s not collaborating with financial activists, she enjoys exploring new places with her partner and two sons.

Reflecting on JEI’s core values — Community, Interconnectedness, Transformation — which value speaks to you most, at this moment in time? Why?

Interconnectedness. Many of our biggest challenges stem from feeling disconnected from each other, ourselves, and the natural world. After everything we’ve seen, it’s getting harder for anyone to deny that we’re all connected, and harder to deny that our well-being is linked to the well-being of others. When we lose sight of our interconnectedness, we all suffer, and end up doing harm to people and the planet. We don’t have to accept an economy that only works for the privileged. We can co-create a just economy that honors our interconnectedness, and that supports the well-being of all people and the planet. Interconnectedness starts in community and leads to transformation.

What are a few things about you that would surprise other people?

What movements for a just economy, past or present, inspire you?

I love to connect people and ideas, plant a lot of seeds, and catalyze positive change. It’s what drew me to the Peace Corps, Social Venture Network, and RSF, and it’s what inspired me to launch the Just Economy Institute. The world is not lacking in solutions or capital, but so often the best solutions don’t get acknowledged, supported or funded. We’re working with financial activists to change that. We know that a just, humane and healthy world is possible. We can shift the flow of capital and power to support the best solutions and build shared prosperity for all. 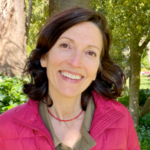